skip to main | skip to sidebar


Greg Leitich Smith's newest book, Chronal Engine, is an exciting time travel adventure back to the time of dinosaurs.


Greg is also the author of the middle grade novels, Tofu and T Rex and Ninjas, Pirahnas and Galileo. Plus, he co-authored the picture book, Santa Knows, with his wife, Cynthia Leitich Smith.

I'm excited to talk with Greg today about his writing process, research, and of course, dinosaurs.

[Sarah] Could you share your journey to becoming a writer?

[Greg] I think everyone who is a writer starts out as a reader.  I can’t remember a time when I didn’t enjoy reading, and pretty much read everything I could get my hands on (and still do).  In general, I tend to read a lot of nonfiction and enjoy mysteries, humor, and science fiction and fantasy.

In high school, I thought it might be fun to write for a living, but recognized that planning on something like that without having a day job or trust fund was not the wisest career plan.  I eventually put the idea aside and pursued my interests in engineering and, later, law.

When Cynthia started writing, she learned the business and brought home tons of books, the new generation of children’s and YA books, and I started reading them.  And that’s when I decided to try my hand at writing again.  I went to a couple workshops, submitted the manuscript for NINJAS, PIRANHAS, AND GALILEO around, and got some nice personal rejections.  Eventually I revised and submitted to Cynthia’s agent, Ginger Knowlton, who was probably not overjoyed to receive the manuscript of a client’s spouse. :).  She did, however, agree to represent me.  I think she sold the manuscript on the first submission after that.

[Greg] How has your writing process changed with each of your novels?

Each novel has tended to be completely different.  My first, NINJAS, PIRANHAS, AND GALILEO, was written essentially straight through without any kind of outlining whatsoever.  I had an idea that I wanted to do the Galileo story as a comedy in junior high, so I had sort of the broad contours of the plot, but nothing beyond that.  There was a significant amount of backtracking, though, and trying to keep things organized when you couldn’t “see” everything was difficult. 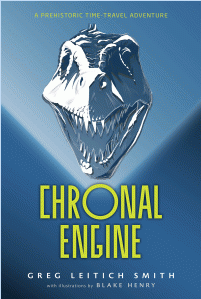 With CHRONAL ENGINE and my more recent projects, I now generally try to come up with an interesting character and a plot beginning, middle, and end, and then will attempt a preliminary draft.  This usually is only about fifty to seventy five pages long, but it’s enough to give me a sense of what’s going on.  I’ll then do a next draft, which will still be on the short side.  At this point, I’ll put together a table outline.  Basically, it’s a word processing document with a five column table.  Each cell in the table is either a scene or a chapter and I’ll write a brief description.  I’ll also put the whole thing in 8 point type so I fit the whole outline on a single page.  That way, it’s easy to see the entire story and figure out what’s wrong with the flow and whether any scenes need to be inserted or moved.

After that, I’ll try to come up with what I call my first draft – a novel length manuscript with a compelling protagonist and internal and external arc.  Once I have that, I’ll revise.  Of course, it’s entirely possible that that first draft and all its story arcs will be thrown out.  With CHRONAL ENGINE, the only things that really remain from the first draft are the title, one of the early scenes when they get to the Cretaceous, and the name of the protagonist.

When I do a revision, I like to print out the manuscript as two pages per sheet – it makes it seem like a book, cuts down on the sheets of paper, and seems more manageable somehow.  If I need to insert scenes, I’ll either write on the back of the printed out manuscript or use a legal pad.  I think one draft of CHRONAL ENGINE I did completely by hand on about five legal pads.

[Sarah] In an article you wrote for the Association for Library Service you discussed how you used children’s and adult books when you did research about dinosaurs for Chronal Engine. What other types of research did you do?

[Greg] The research really ran the whole gamut of books from picture books to professional texts and papers.  My wife and I also watched a lot of dinosaur documentaries and pseudo-documentaries (of varying quality) on Discovery Channel and the like. The BBC series "Walking with Dinosaurs" was enormously helpful in getting a visual on the ecosystem, although they did take some liberties with the dinosaurs.

Of course, it wasn’t just the dinosaurs that needed to be researched.  I also had to figure out the whole wilderness survival business and time travel.   For the survival stuff, I read books like the US Army Survival Manual and the SAS Survival Guide, as well as the Boy Scout’s Handbook (I’ve never actually been a camper…).  In addition, I made Cynthia watch far too many episodes of Survivorman and Man vs. Wild – at least, the episodes that were set in tropical locales.

[Sarah] Do you do most of the research before you begin writing or do you research while writing your books?

[Greg] Research was pretty much an ongoing thing.  I did a bunch of preliminary research to get an overview of the environment that I wanted to use: generally based on the Late Cretaceous Aguja and Javelina Formations of the Big Bend area in southwest Texas.

Once I go that, I sort of had a handle on the basics (and having been to the museums, etc., gave me an idea for the size of creatures and sense of scale, etc.), but there was a lot along the way that I had to look up and had to make sure of.  Essentially, every time I wanted to reference a new plant or animal, I got compulsive to make sure there was evidence of it in the fossil record (as of the Late Cretaceous).

For example, when I first decided to put in, say, crayfish and earthworms, I had to find out if there had been crayfish and earthworms in the Late Cretaceous of Texas (I figured there were, but wanted to make sure there was something in the fossil record).  My first go-to was the dinosaur references that I had accumulated, but in many cases they weren’t quite as comprehensive or time and region specific as I was looking for, so I often went to original scientific papers, many of which are available online.

I also perused books like the US Army Survival Manual to get ideas on what Max and the gang would’ve needed to do to obtain food, shelter, water, etc., and not get themselves trampled or eaten.  In early drafts, too, there were a lot of Swiss Family Robinson type scenes, where I went on in detail about how they built shelter, fish traps, snares, etc.  Fortunately, for the flow of the story, most of that got edited out…

I did do the time travel research from the beginning, because I wanted to have an actual time machine and have that machine be an integral part of the story.  Also, I wanted to make sure everything I did was consistent with the “mode” I picked, but also leave it a bit ambiguous (which it would be for the characters, anyway).

[Sarah] Could you tell us more about your fascination with dinosaurs?

[Greg] Dinosaurs are intrinsically, of course, totally cool. :).  When I was a kid, I had the advantage of parents who bought me books and took me to the library, and also to the Field Museum of Natural History, one of the world’s great natural history museums.  There was just something completely amazing about these giant, awesome creatures, and the fact that they’re no longer around.

And I think that’s basically the thing that draws people to dinosaurs:  they were real.  Not monsters, not dragons, but real flesh-and-blood animals that walked the earth.  Even better, they’re a kind of science that’s easy for laypeople to participate in, at museums or even hunting for fossils on their own (There are some amazing specimens that were discovered by children and teens).

And today, I think we’re in kind of a golden age of dinosaur science – new areas of the globe are open for exploration and new techniques are being used to examine specimens.  New discoveries are being made every day, and many of them are reported (with varying degrees of accuracy) in the popular media.  There’s also a very accessible blogosphere of paleontologists and paleo-enthusiasts and paleo-artists who make for some interesting conversation.

[Sarah] Austin has a strong writing community. What types of involvement have you had and how has this helped you grow as a writer?

[Greg] As a community, Austin got its start in the mid-nineties when Meredith Davis founded the Austin SCBWI chapter.  Kathi Appelt, who was at the time the Regional Advisor for the Brazos Valley chapter, also was an early supporter of the Austin community.  In fact, early on, the chapters did joint events together, one of which was a workshop where an early draft of my first novel got a gratifyingly good reception from an editor at Harcourt.

Since that time, Cynthia and I have been happy to be a part of a group that has seen many members make their first sales and, importantly, stay in the community afterwards.  There’s a sensibility that we’re all in it together and that, as we were mentored, so we should mentor others.

Thank you, Greg, for joining me today!


You can learn more about Greg at his website.  Also, be sure to visit his blog.
Posted by Sarah Blake Johnson at 9:38 AM

That was a great interview. I've never read Greg's books, so now I'll have to go check them out!

Fun interview, Sarah and Greg, and now I am convinced my daughter will enjoy this book! Thanks for sharing.

Glad you enjoyed the interview. It was great fun for me, too.

Sarah Blake Johnson
United States
Sarah has an MFA in Writing for Children and Young Adults from Vermont College of Fine Arts. She is a writer and photographer who explores writing craft, stories and the cultures (and places) she lives. She has lived in Brazil, Finland, Iceland, China, Germany, Nigeria, Egypt and many places in the United States. Her website is at http://www.sarahblakejohnson.com/ 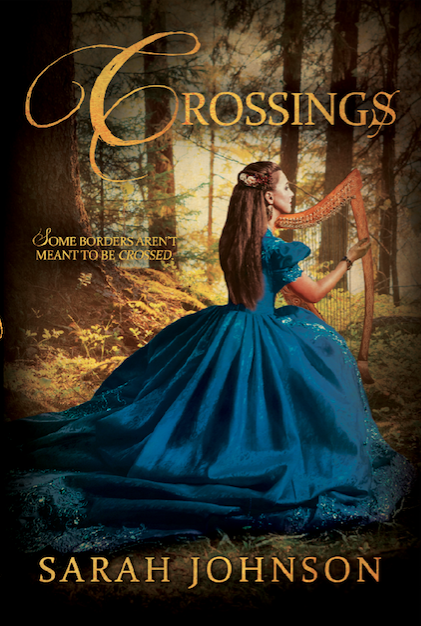 My novel is available now.